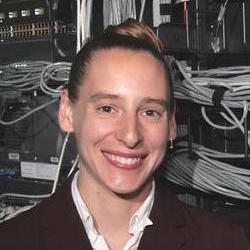 Professional Background: I am the Director of Computer Science Education at UChicago STEM Education and a Research Associate Professor in the Department of Computer Science. I began my career as an assistant professor (2002–2007) and associate professor with tenure (2007) in Computer Science at the California Polytechnic State University, San Luis Obispo, during which I held the Forbes Chair. From 200–2015, I was tenured teaching faculty at UC Santa Barbara, where I won two teaching awards. I am a recipient of the NSF CAREER award and an inaugural recipient of the NCWIT faculty mentoring award. My research interests include computing education research, parallel programming and architecture, and ethnic and gender diversity in computing. I am the author of “A Practical Guide to Gender Diversity for CS Faculty,” from Morgan Claypool.

Why is LTEC my jam? My first NSF grant in computer science education was an interdisciplinary summer camp including Mesoamerican culture, endangered species, art, storytelling, and computer science. It was successful in its goal to recruit and excite underrepresented students (in this case Latina/os and females) about computing. It was awesome fun! It was also expensive and a logistical nightmare. My mission shifted to tackling barriers to adoption in public schools. There are many practical barriers to adoption in schools, and integration with mathematics is one promising route. While my original interest in CS asks how we can teach computing through integration with mathematics, thus getting a foothold into the school day, I am increasingly interested in how early programming projects can be used as a tool to provide a concrete context for exploring the nature of numbers and abstract notions such as the number line while simultaneously introducing the interfaces and concepts core to early computational thinking. The existence of the LTEC project is the reason I considered moving to UChicago, and it has been every bit as exciting as I had hoped.

My work: My research focuses on researching solutions to practical barriers to putting computer science in elementary school classrooms. This includes, but is not limited to, better understanding how students learn elementary computing concepts, curricular design techniques that simultaneously support novice teachers, expert teachers, novice students, intermediate students, and diverse students, with equity being the overarching goal that drives the work. I run the CANON lab, which has publications from three major projects - Animal Tlatoque (interdisciplinary summer camp), DEPICT (understanding how 4th–6th grade students learn computing concepts), and LTEC (exploring synergies between mathematics and computational thinking). Last year, I also participated in the writing of the Programs and Algorithms strand of the K-12 Computer Science Framework.

What I do with my spare time: I can be most often found playing with my daughter, Sara, and my husband, Fred. Our most common activities are rock climbing, crafting, and eating good food. This project is near and dear to my daughter’s heart. For two summers in a row, she has lamented the lack of math camps for children her age (5–6 year olds).